Cleaning around the apiary last weekend, I ran into an old creation of mine. A beehive of my own design which I lovingly referred to as the “Franken-hive”.

Several years ago, I became fascinated by top bar hives. I really liked the simplicity of them and especially liked the ability to manipulate the entire hive without moving boxes around. I built a few traditional top bar hives and the biggest issue that I had was getting bees into them because all of our existing equipment was 10 frame langstroth hives. Yes you can always “shake” bees into the top bar hive from an existing hive, but that leaves the brood behind and in the same bee yard all of the bees want to fly back to their original location anyway. So my Engineer side took over and I proceeded to design a top bar hive that had a top bar bottom and a box that held regular langsthroth frames on top. It would basically be a top bar hive with a rectangular super on top. If you removed (or left a gap) in the top bar frames, the bees would actually be encouraged to build in both the top bar bottom as well as the super on top (careful consideration to bee space must be given so that the bees don’t build comb where you don’t want them to). Believe it or not, this franken-hive actually worked for transitioning bees from langstroth hives to top bar hives. It also worked well as a standalone functional beehive.

I tinkered around with this hive for a few seasons, but ultimately abandoned the idea. Mostly because such a design is not practical on a large scale (if you move your bees like we do). However, a hobbyist beekeeper looking to leverage the advantages of both top bar (clean wax) and langstrogth (can use honey extractor) hives can certainly find this design useful. Unfortunately I lost the original detailed design files so I cannot post them. However I did create some rough sketches for the purposes of this post. I figure that anyone with the drive to build their own hive can probably fill in the gaps in the design.

All that remains of the hive is the bottom top bar portion. So the top box is not shown in the actual picture, but it was long enough to hold 13 deep frames.

Anyway, I thought that I’d share one more of my crazy ideas. Maybe somebody will benefit from it. 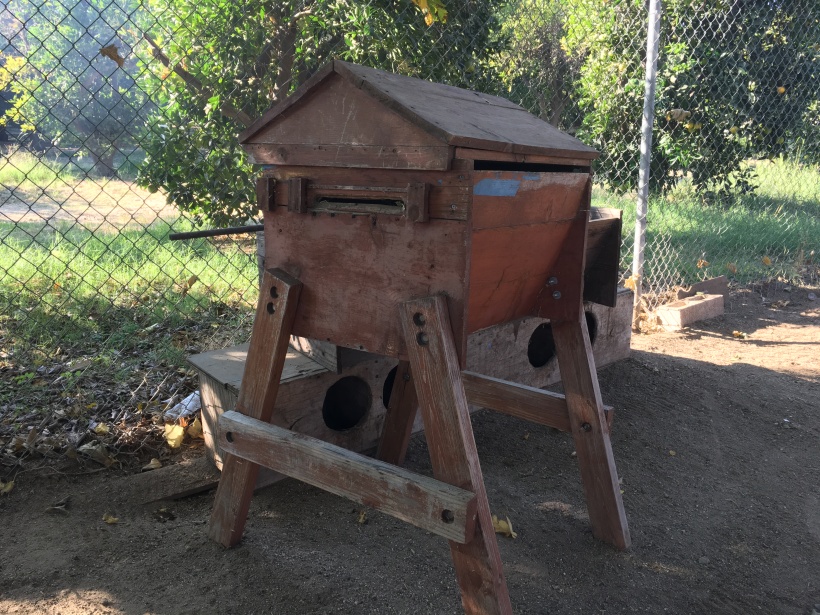 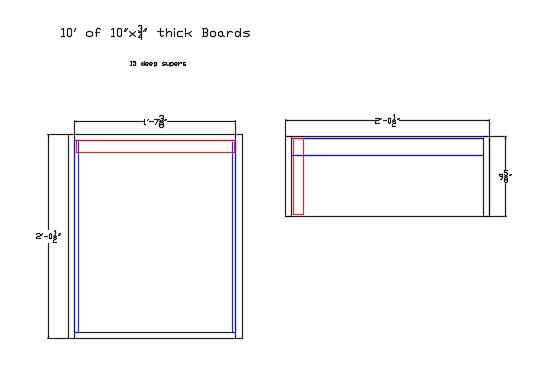